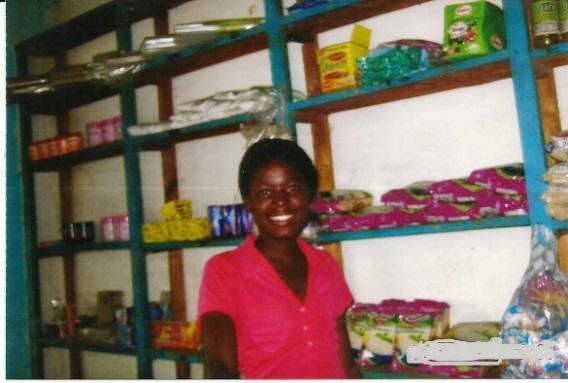 When Nomatter received her first Kiva loan, she used it to boost her business by buying commodities to sell in her grocery shop.

Nomatter has since managed to earn a profit of at least $80 per month after the sale of her products. This loan has helped improve her life, and she is now able to look after her parents and her younger brothers.

Nomatter says she is happy and grateful for the loan she received from Kiva. Nomatter wishes to go to college, and the profits from her business will help her do so.

Shumaila is 39 and lives in the area of Lahore, Pakistan. She is the mother of six children, three of whom sit idle at home.

Her husband has been running a restaurant for many years and handling the financial condition of his house. This restaurant has been supporting his whole family for many years. Nowadays, he wants to offer more menus to his valuable customers, so that he can grow his income.

Shumaila is requesting a loan for the restaurant establishment. In fact, her husband wants to buy plastic furniture, chicken, beef, pulses, bread, butter, yogurt, etc. She is hopeful that this loan will be the cause of generating more profit and savings as well.

Two more Kiva Loans from the TNN community. Click on the link to see how many people we have helped over the past two years!!!

Wanna try lending on KIVA for FREE? See my note at the bottom and you can. Let's see how many more people we can help through the TNN KIVA effort.

Our new borrowers are: 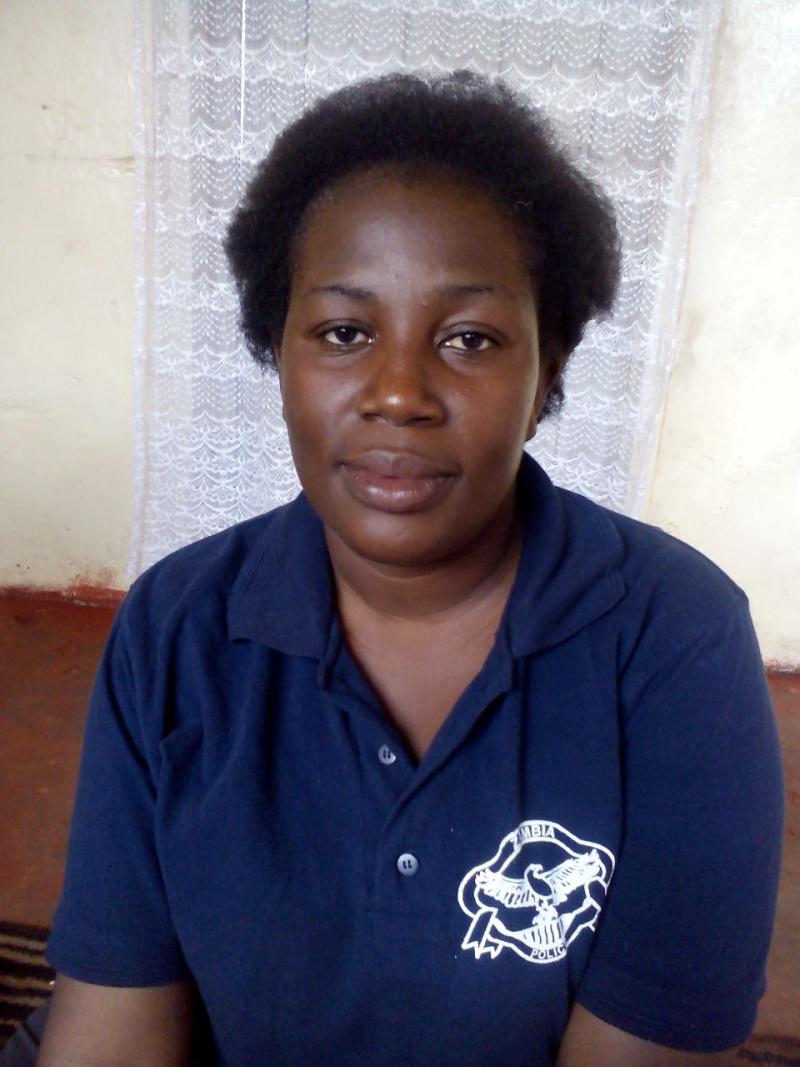 Esther from Zambia:
Esther is 36 years old. She is a single mother of two children whose ages are 12 and 15. She provides for her family financially through her work as a police officer.

And the Jason Lom group of weavers from India.

Kimneineng, 30 years old and a married woman, is a mother to three children (two sons and a daughter) who are still studying. She is the featured member of the group “Jason Lom” with her hand raised in the picture. The group “Jason Lom” is comprised of 10 members and they all reside in Keithelman, Senapati district, Manipur. Keithelman is a region with a moderate climate, and a lack of employment, educational and medical facilities. Weaving and sand sieve are common in this region. Her husband is a government employee.

Kimneineng is engaged in traditional weaving and she has been weaving for the past three years. But the income her husband earns is not sufficient for the family and due to the low income, she isn’t able to purchase thread for her weaving. She wants to help her husband in supporting her family by earning, which will only be possible through a WSDS loan.

Kimneineng applied for a WSDS loan with the hope of buying a stock of thread and other raw materials for weaving so that she can sell the traditional shawls and get a profit to pay her children's educational fees and use for family expenses.

Kimneineng is very happy and thankful to WSDS and the funders for their generosity and is looking forward to the loan. The rest of the members are also engaged in tea stall, pan, sand sieve, variety store and aloe vera farming. They are in need and are requesting the loan to move forward with their respective income-generating activities for better living conditions.

Plus KIVA have an 'invite a friend' and you both get $25 to lend for FREE deal at the moment. All you have to do is message me your email address. I'll send you a link and then you can choose a lender to lend $25 to (which is paid by some other generous person). As soon as you have loaned your $25 the TNN KIVA fund gets another $25 to loan for free. Couldn't be easier. We need to move fast though because these things get used up quickly! Who is going to be first????
Nic
Two funny, gorgeous DDs.

Thanks to CJ jumping on board to receive a free $25 to lend, TNN was given $25 free, so I have just made another donation to this group, the Virgen De Fatima Group in Paraguay. Who else is going to jump on board to lend a FREE $25?

This group is in the poverty elimination program; each one of them puts her best efforts into being able to improve and help their loved ones.

Elsa is a member of this group. She works in sewing and through this humble work, she earns her living in a dignified way. She is a very hard-working person who wants to get ahead and for this she puts her all into being able to grow.

She asks for this loan to be able to purchase fabric, thread, elastics, buttons and other supplies to be able to continue with her sewing and to continue earning her living in a dignified way.
Nic
Two funny, gorgeous DDs.

I'm keen! You have my email address...
Kylie
Top

Yay Kylie - another two loans on Kiva! Kylie's loan and this new TNN loan to Filomena in Timor-Leste. 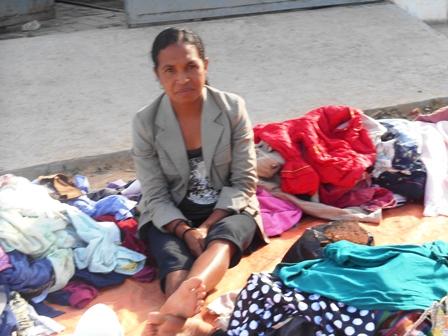 A $ 1,000 loan is offered to Filomena to improve her business. Filomena is married and she opened her second hand shop in 2010 with her own working capital. She will use the loan to buy trousers, shorts, shirts, long sleeves and short sleeve. Filomena is generating a good income from selling.

She has been thinking of running a big business after years of involving herself in doing business. Filomena is living in a town with her family. She is happy with this loan because it will improve living conditions in the future,


Who else is going to join in?

And the cool thing is now I've joined up its given me the option to send the link to someone, so there gets to be loads of $25 loans going out there.
I wonder who gives the money to get people to join and start doing this? It's a really cool idea.
You know who I am! Mum to DS1(7), DS2(6), DD(6), DS3(5).
Top

cj wrote:And the cool thing is now I've joined up its given me the option to send the link to someone, so there gets to be loads of $25 loans going out there.
I wonder who gives the money to get people to join and start doing this? It's a really cool idea.

I often wonder where that money comes from to. I guess if a big company or a wealthy individual wanted to support KIVA, they might pledge a large amount for schemes like this (and Kiva might pool a bunch of such pledges). The difference between this scheme and how Kiva normally works is that when the money is repaid it goes back to the original source of money, not to the lender (which is you).

When you put your own money in, the money comes back to you when it is repaid, allowing you to lend it again and again and again. The idea behind the free trials is that people will find out about Kiva, and maybe decide it's worthwhile and perhaps put forward $25 of their own money after enjoying the free trial (but of course there is no obligation to do so). I'm sure it works very well for spreading the word.

One thing I only found out after making dozens of loans is that you can actually withdraw your money later if you want to. Kind of crazy really that you could put some money to use again and again helping people then eventually have it back yourself! It's like having your cake and eating it too.

I don't know how many people actually do withdraw the money (not including any defaults of course - but they are very rare, rarer than through normal banking systems), but the option is there if you want to.
Nic
Two funny, gorgeous DDs.

Do you need any more people? As i can pm my address too if needed

The more the merrier Meow

Do we just send you an email address if we want to get involved?
Top

That's right Sue, then I send you an invite via our Kiva account

Yay Kieransmum! Thanks for joining in. We now have another new lender through the TNN Kiva account. 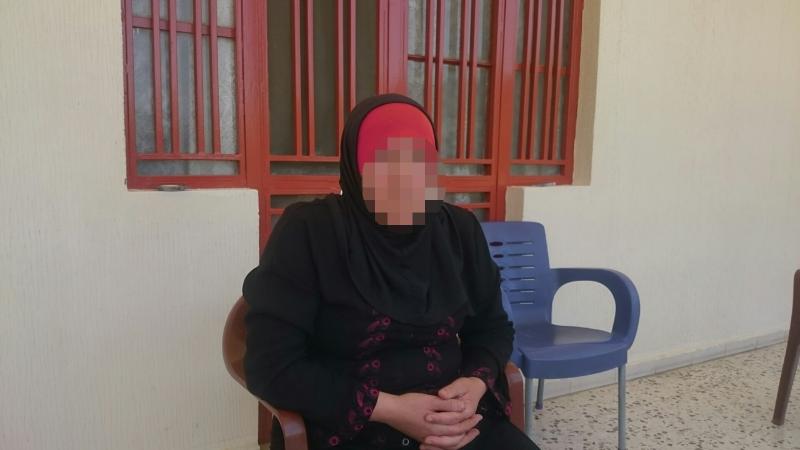 Fatmeh, 48, lives with her husband and four children in Baalback, Lebanon. She is a housewife, and her husband supports the family with the income from his small restaurant in the town.


But because of difficult circumstances, Fatmeh is applying for a 575 USD loan through Kiva's field partner Vitas s.a.l. to pay for her children’s educational fees, the second time she has done so. She is very happy to be able to register her children for the coming school year.

Due to political and social challenges in Lebanon, personally identifiable attributes entrepreneurs may have been altered to protect their privacy (i.e., blurring portions of the borrower's picture, not indicating a name and location, etc.). Vitas appreciates Kiva lenders' understanding of these challenges and encourages them to continue their support for Lebanon's borrowers.
Nic
Two funny, gorgeous DDs.